T.A.P.P.S. was founded on January 3, 2014 to fill a need in the Las Vegas area to have a live performance of "Taps" at Veteran's Funerals. Southern Nevada is home to one of the largest Veteran Populations in the country. Our Founders, Trumpeters, T.A.P.P.S. Board, and volunteers are committed to honoring our Veterans and their families with each performance of "Taps". 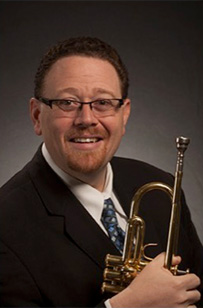 Larry is married and has resided in Las Vegas since 1996. He has been a professional trumpet player in the area for the last 14 years and is currently a contract member of The Las Vegas Philharmonic Orchestra and the Guardian Angel Cathedral Orchestra. Larry was also a member of the Phantom - The Las Vegas Spectacular orchestra for its tenure at The Venetian Hotel in Las Vegas. Throughout his musical career, he’s been fortunate enough to work with such talents as Gladys Knight, Andrea Bocelli, Bernadette Peters, Dennis DeYoung and more. In addition, Mr. Ransom has maintained a business in Las Vegas as a financial representative with COUNTRY Financial® for the past 5 years. 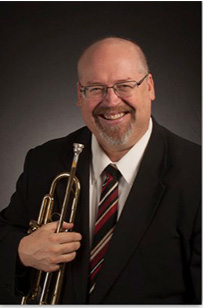 Born in Birmingham, Alabama, trumpet player Gary Cordell has been on the Las Vegas music scene for over 25 years. He is a former member of The Nevada Symphony, The Nevada Chamber Orchestra, and The Nevada Opera Theater. He has been member of many of the Las Vegas Strip Orchestras including Sinatra - Dance With Me, Spamalot, Legends in Concert, The Golden Nugget Orchestra, The Guardian Angel Cathedral Orchestra, The Rat Pack, Phantom - Las Vegas, and Jersey Boys. He has performed with many top headliners including Billy Joel, Elton John, Sara MacLachlan, Sheryl Crow, Heart, Tears for Fears, Metallica, Lynyrd Skynyrd, David Foster, Natalie Cole, Johnny Mathis, Graham Nash, The Turtles, Kenny Rogers, Gladys Knight, Diana Ross, Frankie Vally and many others. He has taught trumpet at the University of Nevada, Las Vegas and the College of Southern Nevada as well as having his own private teaching studio en Las Vegas. 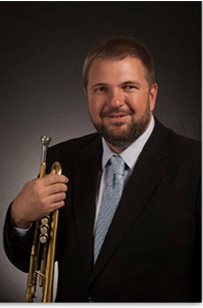 Joseph Durk is native to Las Vegas and is married with 4 lovely children. He has been a professional musician in Las Vegas for over 15 years. He has worked with such organizations as Phantom the Las Vegas Spectacular, Southern Nevada Musical Arts Society, Nevada Ballet Theater and more. He is currently a tenured and contract player of the Las Vegas Philharmonic and has performed with stars such as Andrea Bocelli, Sarah Brightman, Placido Domingo and more as part of the Philharmonic. 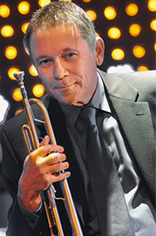 Daniel Johnson has played music professionally since he was in High School. He received a Bachelor of Arts in Music in Education from Arizona State University and a Masters in Music in Jazz from UNLV. Dan has performed with the Phoenix Symphony, Calgary Philharmonic, and as music director for many years with Pro Arts Brass. Dan has shared the stage with many performers in all genres, including Diana Krall, Dizzy Gillespie, Alicia Keyes, and Rosemary Clooney. Daniel teaches at Nevada State College and continues to play professionally in the Las Vegas area in shows such as Jersey Boys, Steve Wynn's Showstoppers, and full time for 4 years with Human Nature. He is proud to be a part of T.A.P.P.S.. 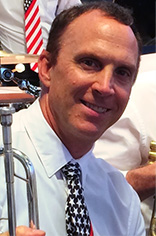 Born and raised in Napa, CA, Pete Bresciani studied music at the Peabody Conservatory of Music before moving to Las Vegas in 1985. As a mainstay of Las Vegas scene, Pete has played for some of the largest productions shows such as Jubilee, Follies Bergere, the Lido De Paris, and Enter the Night. He has also performed with some of the biggest names in entertainment including Wayne Newton, Sammy Davis Jr., Johnny Mathis, Natalie Cole and Danny Gans. 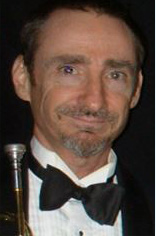 Originally from Phoenix, Lance Phelps earned two bachelor's degree in music (B.A., B.M.) from ASU and a graduate degree (M.M.) from U.N.L.V. Since relocating to Las Vegas he has performed with a variety of artists including Client Holmes, Frank Valli, Bobby Vinton, and Human Nature, but most frequently as a sub with The Rat Pack is Back. Further performance experience includes various musical theater pit orchestras (Cabaret, Oklahoma, etc.), cruise ship show bands, swing bands, jazz combos, jazz big bands, and salsa bands. Speaking of his involvement in T.A.P.P.S., Phelps says, "I'm grateful for the privilege of contributing to our veterans' Last Honors ceremonies. We all understand the emotional impact a live performance of 'Taps' has for the family and friends of the honored. This is an important service." 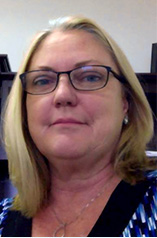 Julie Durk is the Treasurer of T.A.P.P.S.. Julie has lived in Las Vegas for over 45 years and has worked in accounting and finance for over 25 years. She was Controller for a large Las Vegas real estate firm for approximately 20 years. Julie is now semi-retired and works only three days a week. Julie is also a proud Mom of three and Grandmother of four. Her oldest son Joseph Durk is one of the founders of T.A.P.P.S.. 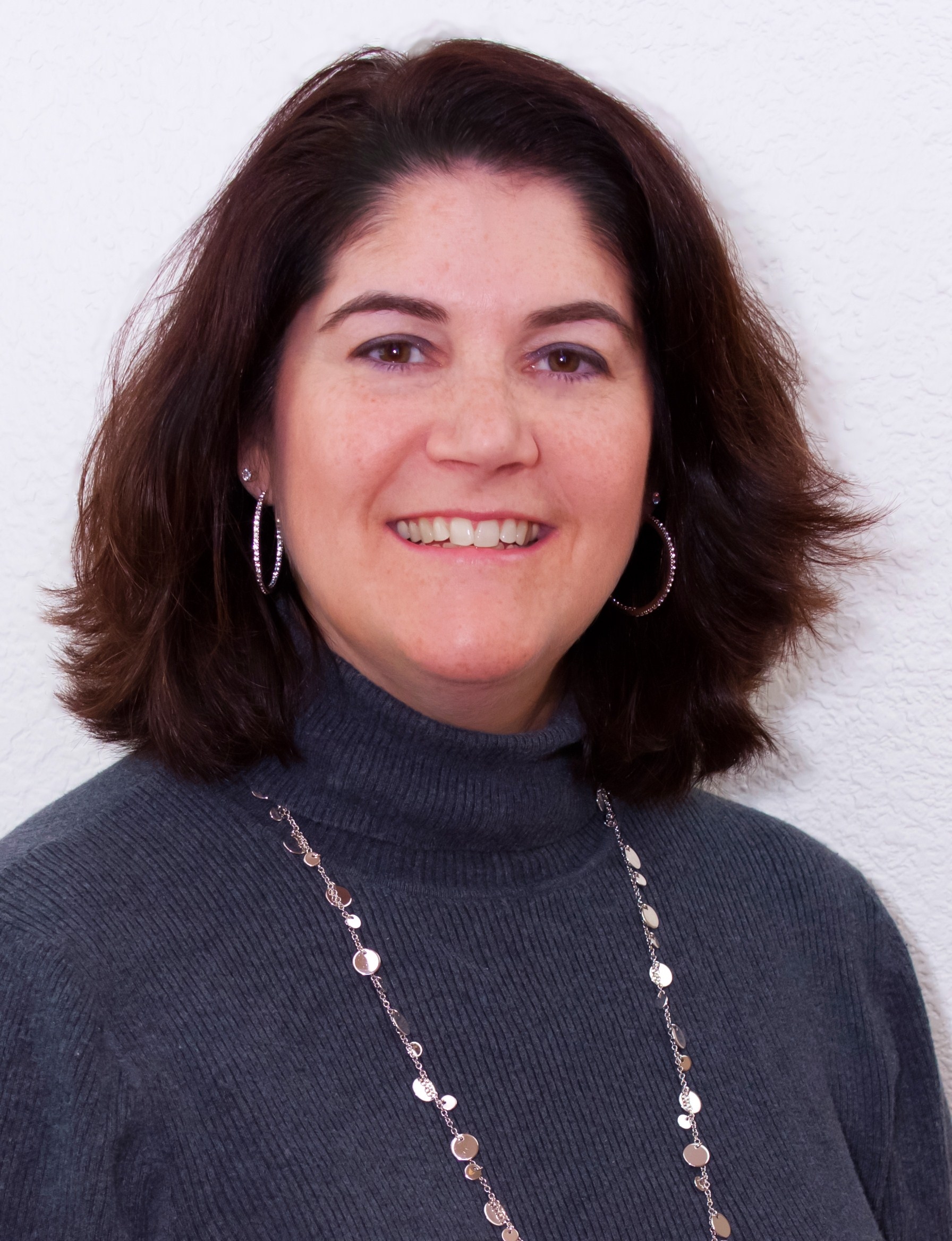 Stefanie Clement is a graduate of the University of New Mexico with a B.A. in History and Political Science. She attended George Washington University Law School in Washington D.C. She lived in Maryland for 5 years before and during law school and really enjoyed it.

Stefanie moved to Las Vegas June 1997, where she took the Bar and passed. She was admitted to practice in Nevada in 1997 and opened her own practice in August 2000.

Stefanie was an officer of the Nevada Guardianship Association and was President of the PTO at her children’s elementary school. Currently she sits on the Board of TAPPS and Lone Mountain Little League.

Stefanie has two teenage sons which keep her very busy between school and sports. 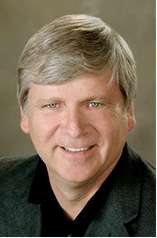 Dick McGee has been in the Las Vegas music scene since 1981. Dick performed as a trombonist and conductor for years at many Strip hotels, including the MGM, the Tropicana, and Caesar's Palace. In 1989, Dick began his tenure at the College of Southern Nevada. At CSN, he conducts concert band and jazz bands, and served as department chair for 13 years. In 1998, Dick helped found the Las Vegas Philharmonic and served as its Associate Conductor and Educational Coordinator until 2010. In 2008, Dick started Nevada Pops, which continues to perform band and orchestra concerts throughout the Las Vegas Valley. In addition to his other duties, Dick also serves as Musical Director of the Las Vegas Brass Band. Dick remains extremely busy as a conductor, arranger, composer, and clinician. 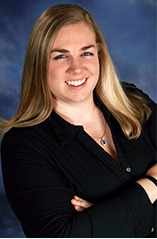 Deborah Carpi is a freelance percussionist, educator, and lifelong resident of Las Vegas. She graduated from UNLV with a Bachelors in Music and Illinois State University with a Masters in Music. Deborah currently teaches marching percussion at Coronado High School. She serves as Secretary for T.A.P.P.S. and is the proud Granddaughter of two World War II veterans. 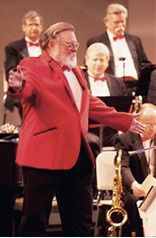 Walt Boenig was born in Woodsboro, TX but when he was a month old decided to move to Beeville, TX and luckily his family went with him. He grew up in Beeville where he began his trombone career at an early age in high school. He then went on to Sam Houston State University (Huntsville, Texas) where he devoted all his studies to music. His career as a professional trombonist included such road bands as Glenn Miller Orchestra (under four leaders, Buddy DeFranco, Peanuts Hucko, Buddy Morrow, Jimmy Henderson) Harry James Orchestra, Jimmy Dorsey Orchestra (Leader Lee Castle) and a Tom Jones South Africa tour. Since arriving in Las Vegas in the mid '70's he has performed with the house bands at the many hotels on and off the strip (including the Silver Slipper, Desert Inn, "Lido de Paris" at the Stardust and the musical "Chicago" at Mandalay Bay). It was 1981 when Walt originated his own big band. The inception of this band brought a freshness, creativity and ingeniousness to Las Vegas. He currently freelances performing for shows, private and public functions (including conventions, weddings and concerts).

In addition to the big band Walt also leads the Walt Boenig Little Big Band (7-8 pieces), The Dynamic Trombone Quartet and the Brass Roots Quintet offering a variety of music available to all. In 1995 Walt started the Las Vegas All Star High School Jazz Band and was musical director for nine years. The innovativeness of the Walt Boenig Big Band is showcased in the CD's "A Little of You" (1993 release) and "A Lot of Us" (2003 release). There is a lot of music, a lot of musicians and a lot of arrangers. Walt contributes much of his success to his amazing fellow peers for which he has the highest praise and to his exceptionally devoted and faithful fans.